Was the U.S. housing market, which soared after a brief pause at the beginning of the coronavirus pandemic, finally headed for a cataclysmic demise, or simply a slowdown, as Fannie Mae and Freddie Mac predicted in April?

Were we all eventually headed for tiny homes, brought to us by Ikea, or worse, the streets, following the inevitable end to the polarizing nationwide ban on evictions in May?

Either way, the stories we gravitated to in 2021 revealed a lot about ourselves, our fears and our desires, or at least they did when they weren’t telling tales about wildly anticipated initial public offerings, abrupt executive shifts and simmering corporate feuds — not to mention the age old tug-of-war between Zillow and the nation’s real estate agents.

Take a walk down memory lane as Inman reveals the most-read stories of 2021.

The economy is improving, homebuyer demand remains strong and COVID-era restrictions are easing, but mortgage giants Fannie Mae and Freddie Mac each predicted in April a slowdown in the housing market as mortgage originations decrease in 2021. 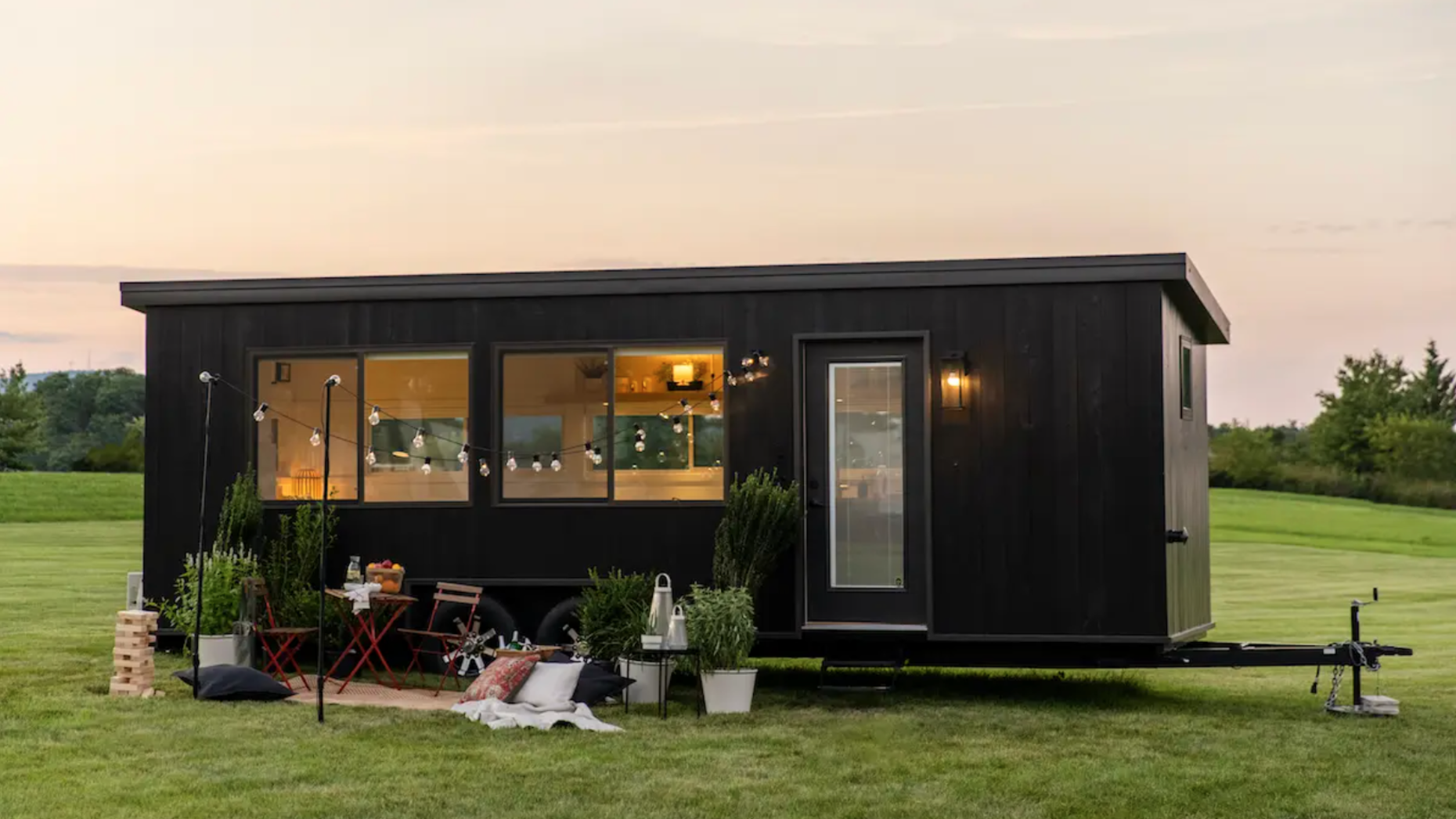 Along with stocking up on affordable furniture and Swedish meatballs, Ikea may soon become a place to shop for uber-affordable real estate.

In a partnership with Vox Creative and Wisconsin-based tiny home and RV builder Escape, the furniture giant revealed a 187-square-foot structure in February. Read the story here.

The homeseller market crash is worse than we predicted, wrote Revaluate co-founder Chris Drayer back in May. If you are in the real estate or mortgage business, a year since the start of the pandemic in the U.S., you likely see the world as the haves and the have-nots — especially when looking at seller leads.

Let’s call this what it is: This is the homeseller market crash. Inventory is at historic lows, affordability is rapidly eroding due to price increases, and on top of that, rates are climbing. Simply put — more often than not, people who want to move can’t. There are no quick fixes, no inventory looming or about to flood the market. Read the story here. 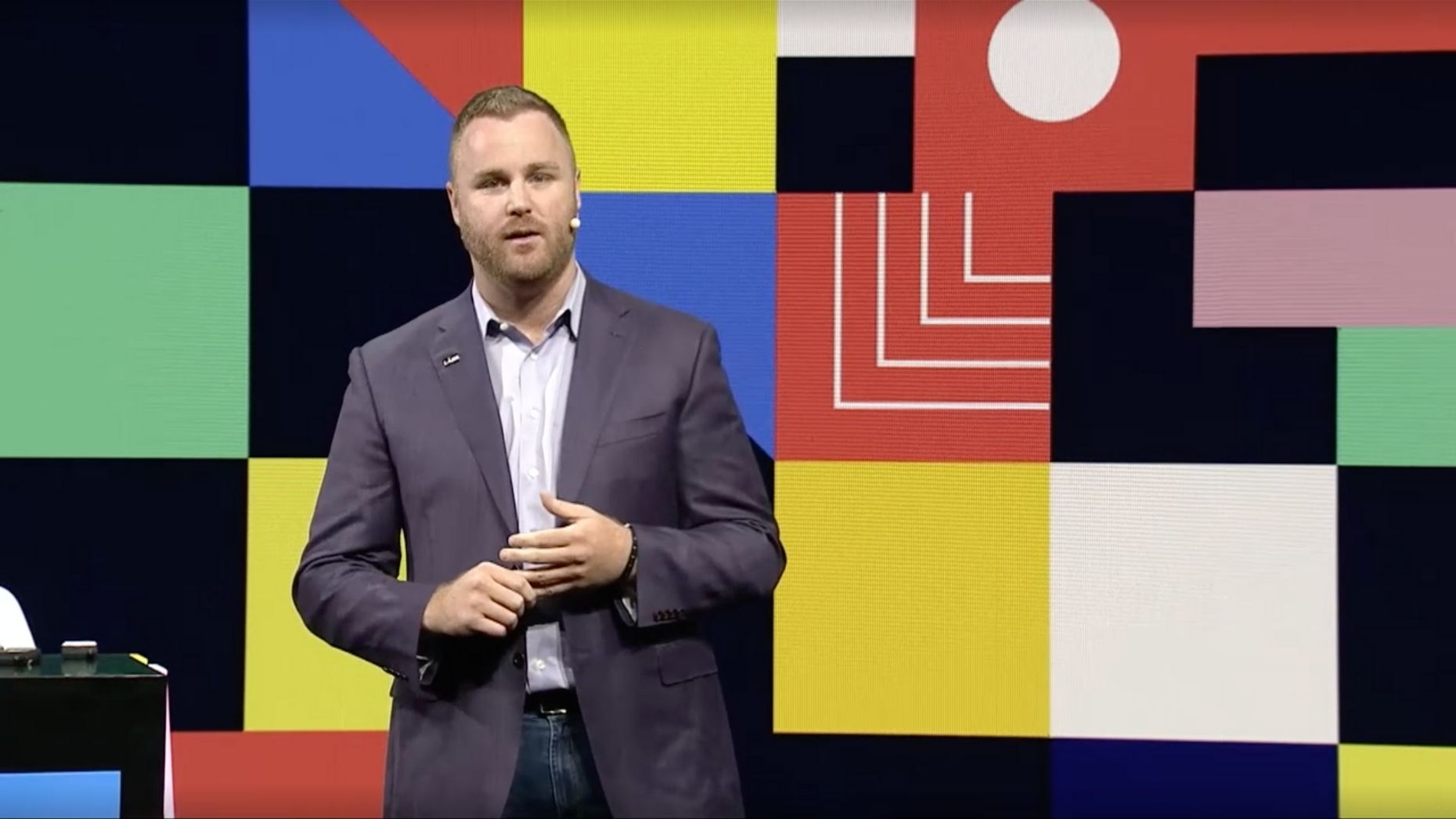 In February, Keller Williams President Josh Team announced on Facebook he was leaving the company. Team had been serving in the role since January 2019, when he was promoted to president in the wake of CEO John Davis’ departure, in a move that also saw Gary Keller elevated to the role of CEO.

Keller has since stepped into an executive chairman role as part of a company reorganization in 2020. Read the story here. 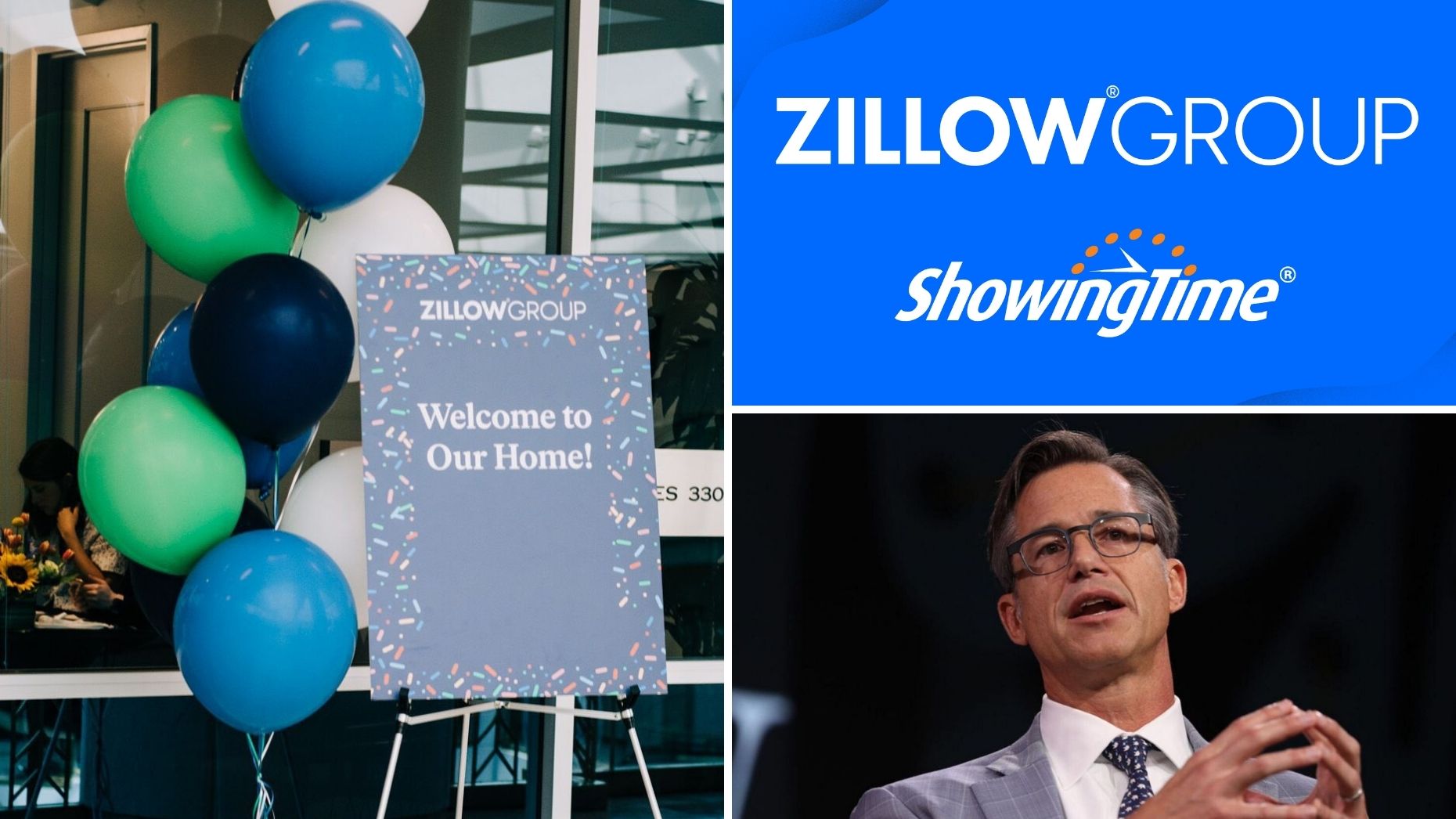 Zillow announced in February that it had entered into an agreement to acquire real estate showing management and market analytics company ShowingTime for $500 million. The company said it will continue to operate ShowingTime as an open platform for the entire real estate industry. 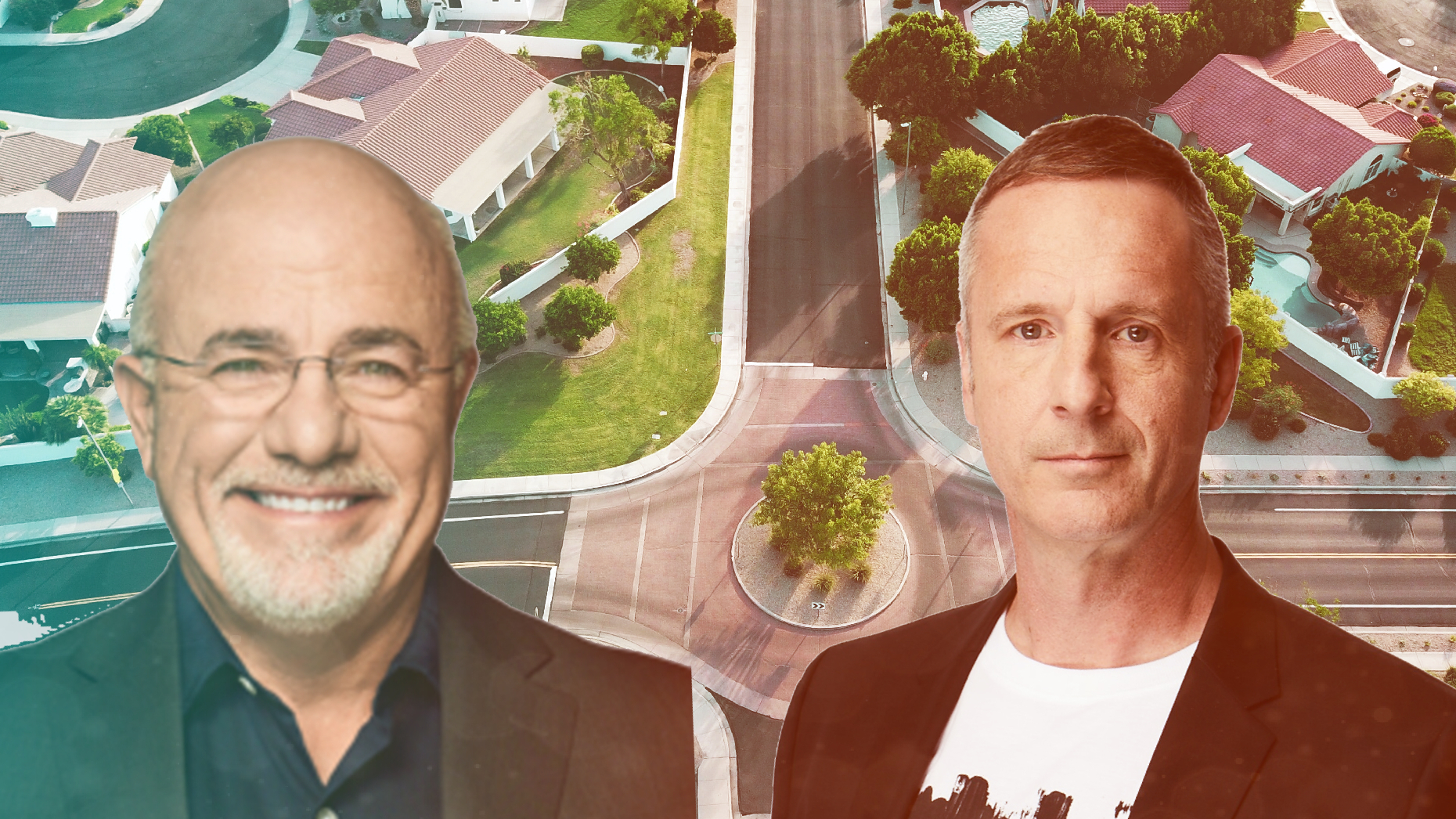 Well-known business coach Dave Ramsey and his company appear to have gone on the offensive against eXp Realty, telling the firm’s agents over the summer that they will no longer work with them unless they switch to another brokerage. Read the story here.

Just weeks after it paused new iBuying, Zillow in November made the startling announcement that it plans to shut down its iBuying operations altogether.

The move should take several quarters and will also result in Zillow reducing its workforce by approximately 25 percent, according to an earnings report published Tuesday. The report ultimately states that Zillow plans “to wind down Zillow Offers, the company’s iBuying service in which Zillow acts as the primary purchaser and seller of homes.” 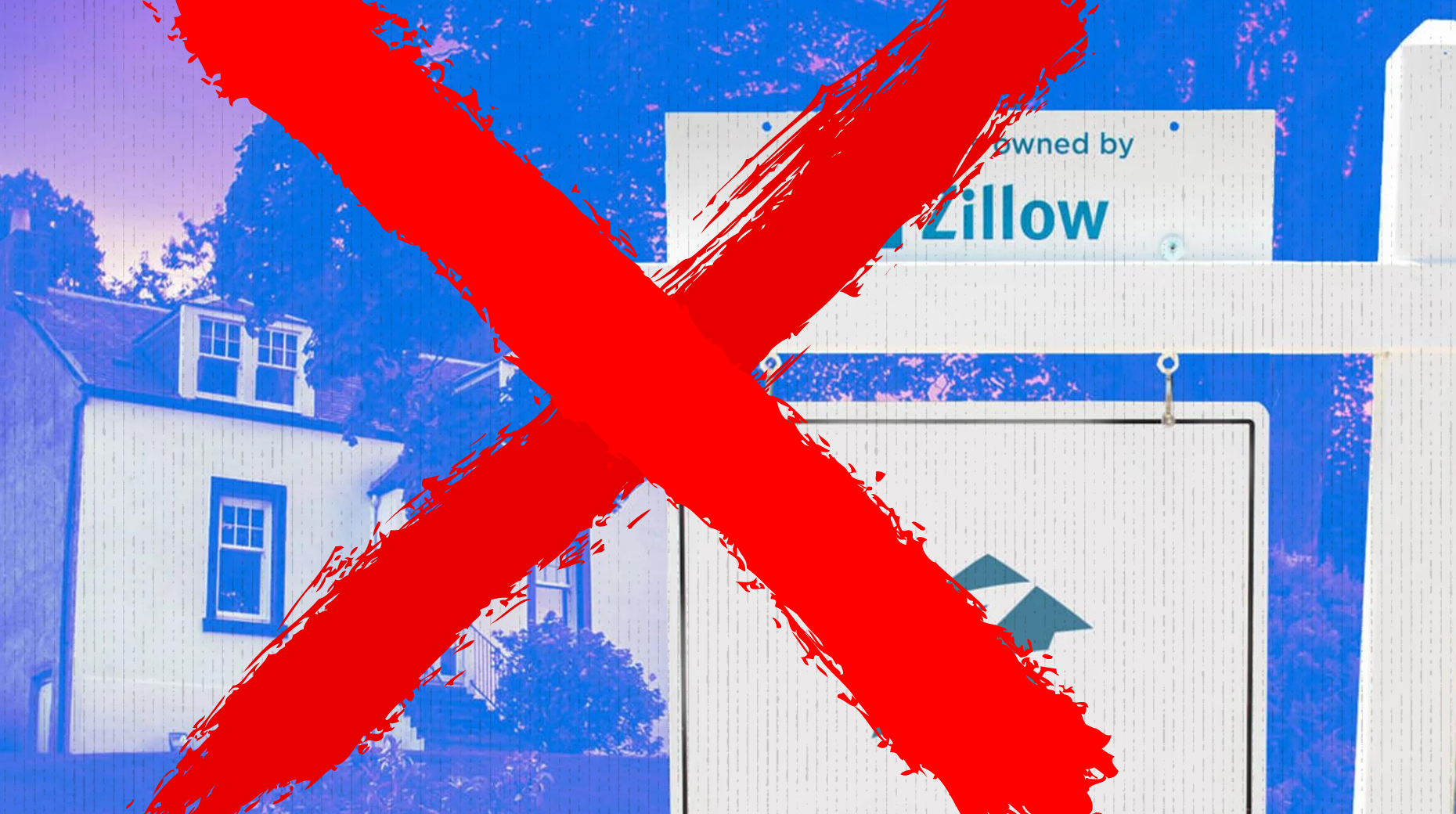 After vowing to honor outstanding purchase agreements made through Zillow Offers, Zillow in November canceled 400 of approximately 8,172 contracts with homesellers nationwide, the company has confirmed.

The news is the latest in the ongoing iBuying saga that began for the company in early November when it announced it would shut down its iBuying business. Read the story here. 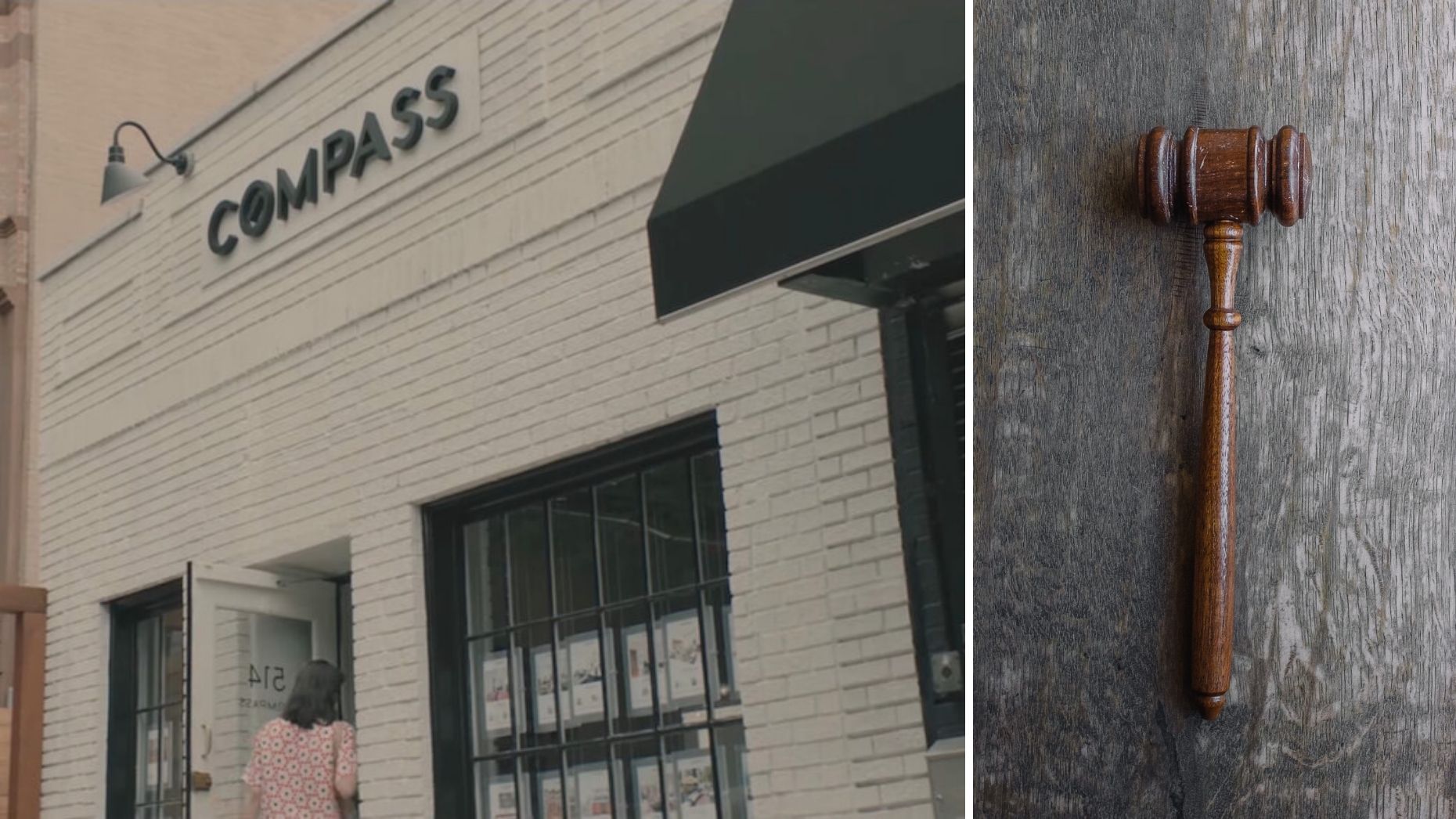 The agent, J. Gregory Maffei, is seeking class-action status with the lawsuit and is looking for similarly situated current and former Compass agents in California. Read the story here. 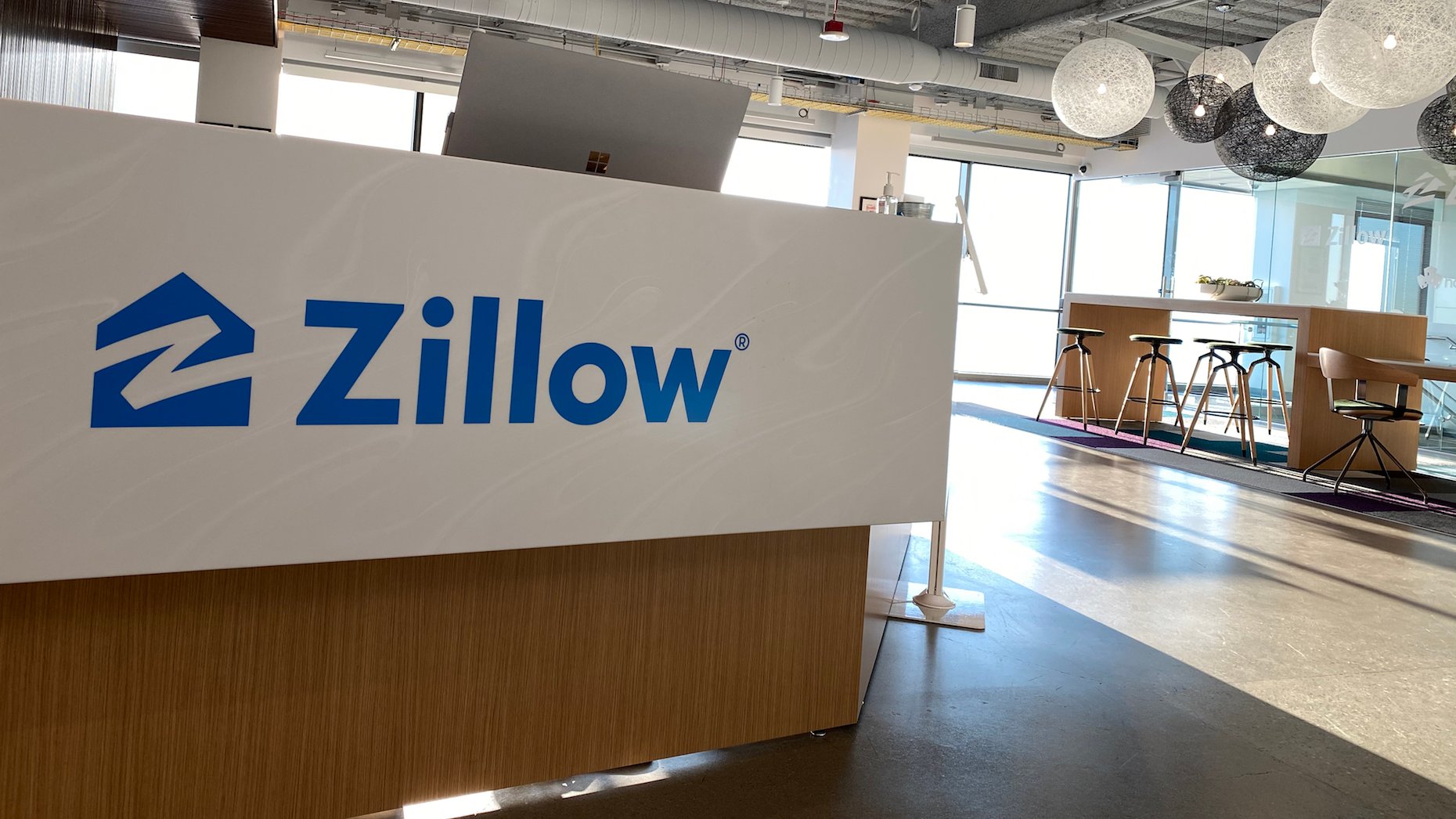 If you were one of the millions that visited Zillow.com over the weekend in January, chances are the website looked somewhat different. On the surface, the aesthetic changes to the average user may have seemed slight, but behind the scenes, the site is now officially powered by an IDX feed.

The significant change in how data flows to Zillow.com has also not been without a few hiccups, which Zillow confirmed it’s aware of and currently working to fix. Read the story here.

In July, the U.S. Department of Justice pulled out of a proposed settlement with the National Association of Realtors in order to broaden its investigation into the trade group’s rules.

The DOJ sued the 1.4 million-member trade group in November 2020, alleging some of its rules are illegal restraints on Realtor competition. The federal agency filed a proposed settlement at the same time as it filed the antitrust suit requiring NAR to repeal or change several rules regarding buyer broker commissions and lockbox access. Read the story here. 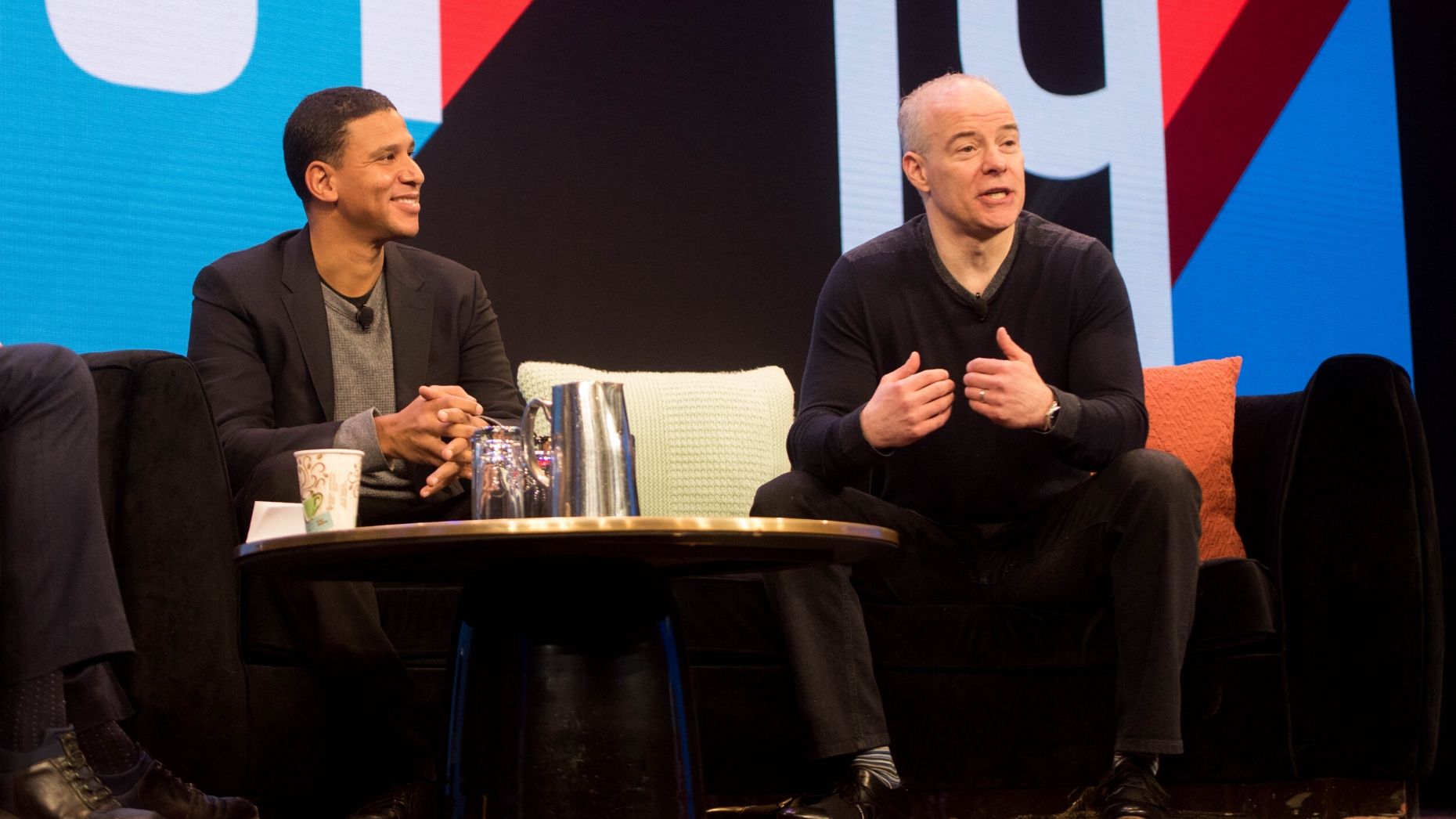 Roughly 18 months after Realogy initially sued rival brokerage Compass, the latter hit back with a counter lawsuit in January, alleging that Realogy is “unable to compete with Compass in the marketplace,” and “its affiliated entities instead have sought to stop the bleeding by any means necessary — including lying, stealing, and cheating.”

Brian Evans thought his clients were going in with a strong offer.

Evans, a Redfin agent in the Washington, D.C., area, told Inman he was recently working with buyers who wanted a home that was listed for $850,000. Homes in the area have in the past sold for around 10 percent over their asking prices, so when his clients offered $150,000 over it seemed like they’d be strong contenders. 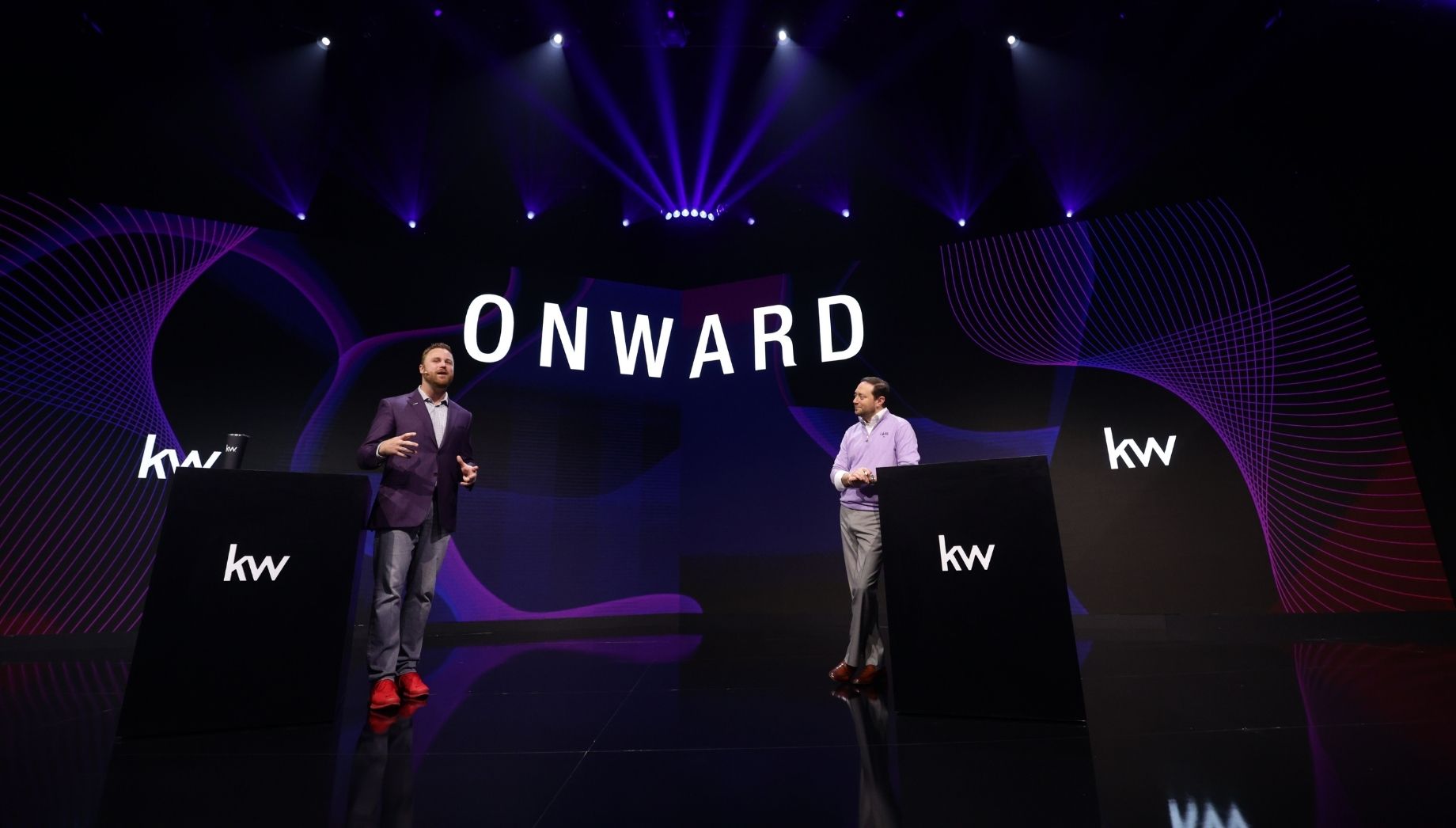 In the wake of Zillow’s acquisition of ShowingTime, Gary Keller, the founder of Keller Williams and executive chairman of its parent company, told more than 40,000 virtual attendees of the 2021 Keller Williams Family Reunion that the industry was in for a “fight.”

On Day 2 of the event in February, Keller Williams revealed its plan of attack: a combination of controlling lead generation for its own affiliated agents and local advocacy that could change the way Zillow displays listings. Read the story here.

Compass officially announced in January that it confidentially filed paperwork with the U.S. Securities and Exchange Commission (SEC) to go public.

The company appeared to be going the initial public offering (IPO) route, filing an S-1 document with the SEC, rather than merging with a special purpose acquisition company (SPAC) that’s already publicly traded. Read the story here. 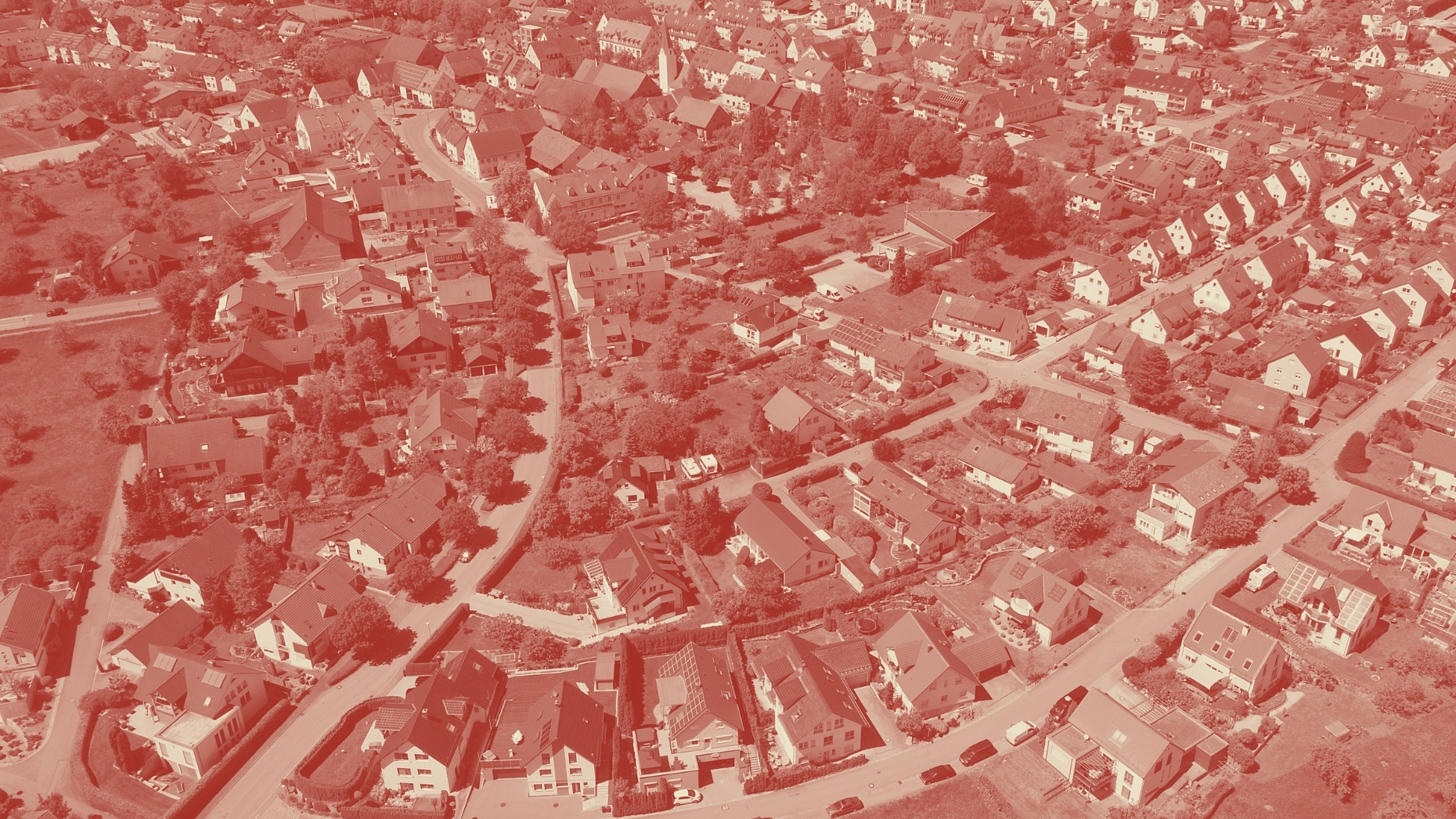 The U.S. Department of Justice’s (DOJ) shocking withdrawal from the proposed settlement from the National Association of Realtors (NAR) signals the possibility of a larger sea change in the industry.

Understandably, brokers and agents are concerned that a deeper investigation into the NAR and MLS rules and policies might shift the way the industry has done business for decades. Change is unnerving, and uncertainty creates fear. Read the story here.

Mortgage lenders are usually a reserved bunch, but a brawl between two mortgage banks in a Harrah’s Atlantic City casino in December proved lenders do more than push pencils — they apparently pack punches too.

Twitter user @BeatinTheBookie broke news of the fight, saying a friend sent him a 52-second video of the melee that included people shouting, hurling chairs, pushing tables and wrestling in what appeared to be the seating section of a bar. Read the story here.

The board of directors of the National Association of Realtors in November approved several multiple listing service policy proposals, including one that requires MLS to allow brokers and agents to display buyer broker commissions. 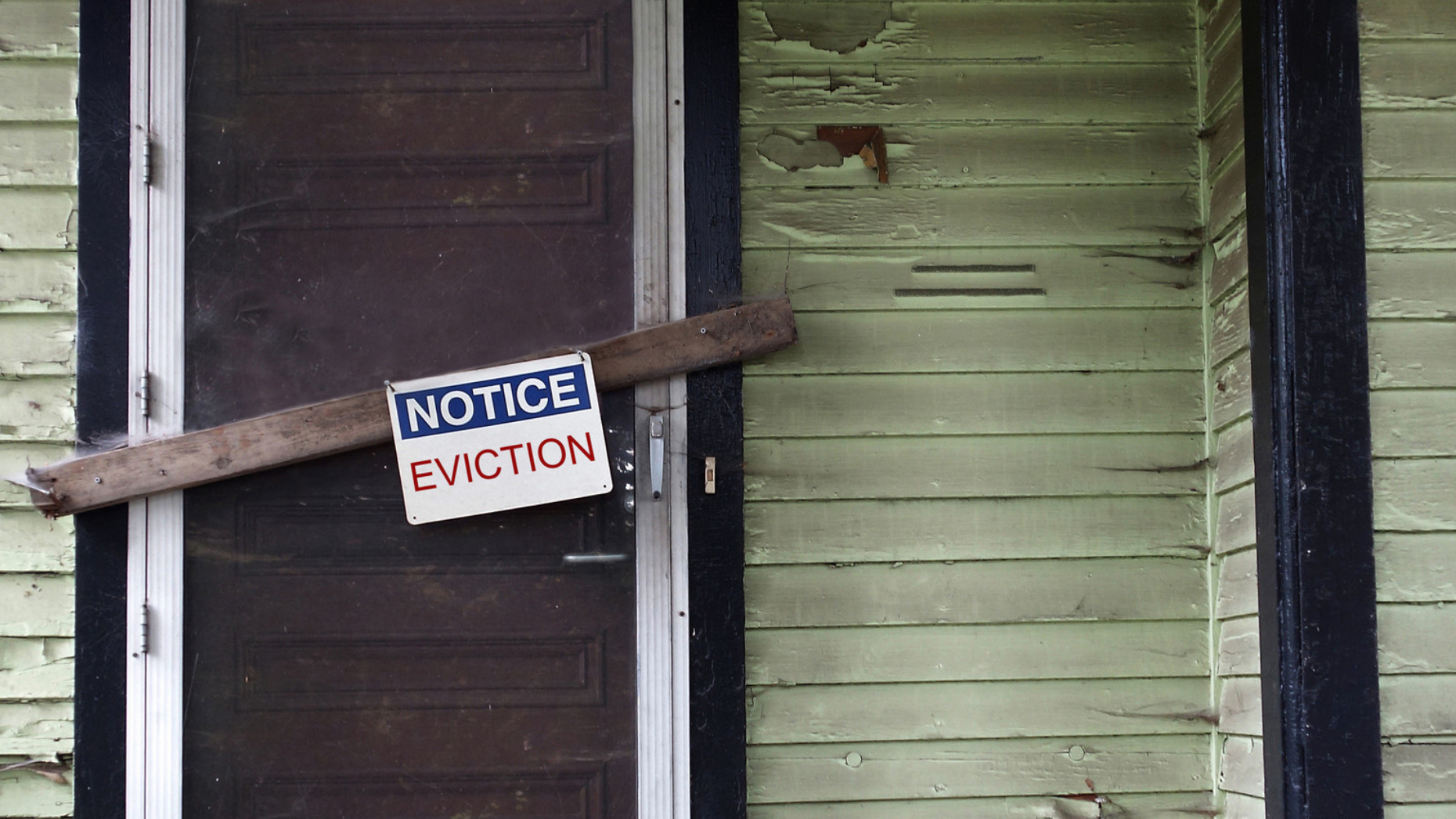 A federal judge has lifted the nationwide eviction ban six weeks before it was set to expire.

Judge Dabney L. Friedrich vacated the Centers for Disease Control and Prevention’s eviction ban in May, after a seven-month legal battle between the Alabama Association of Realtors and the United States Department of Health and Human Services. Read the story here. 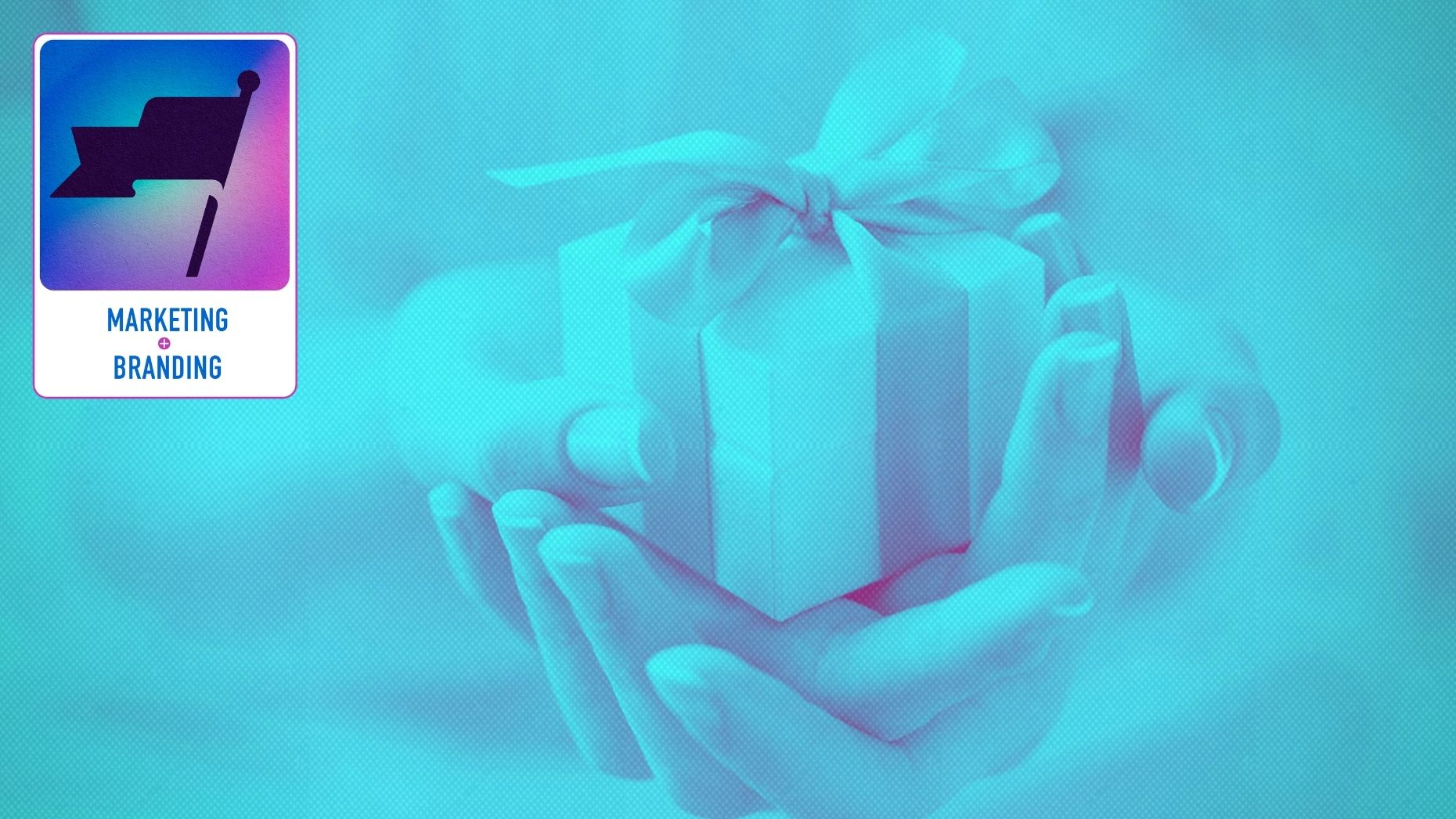 You did it! Your excited clients have closed on the purchase or sale of their home. How do you keep the relationship momentum going? How do you turn these happy customers into raving fans and clients for life? This is where saying thank you in a memorable way is so powerful.

The way we show gratitude after a deal closes sets the tone for how the relationship will go long after the transaction, and the closing gift can significantly impact your relationship-building momentum. Read the story here. 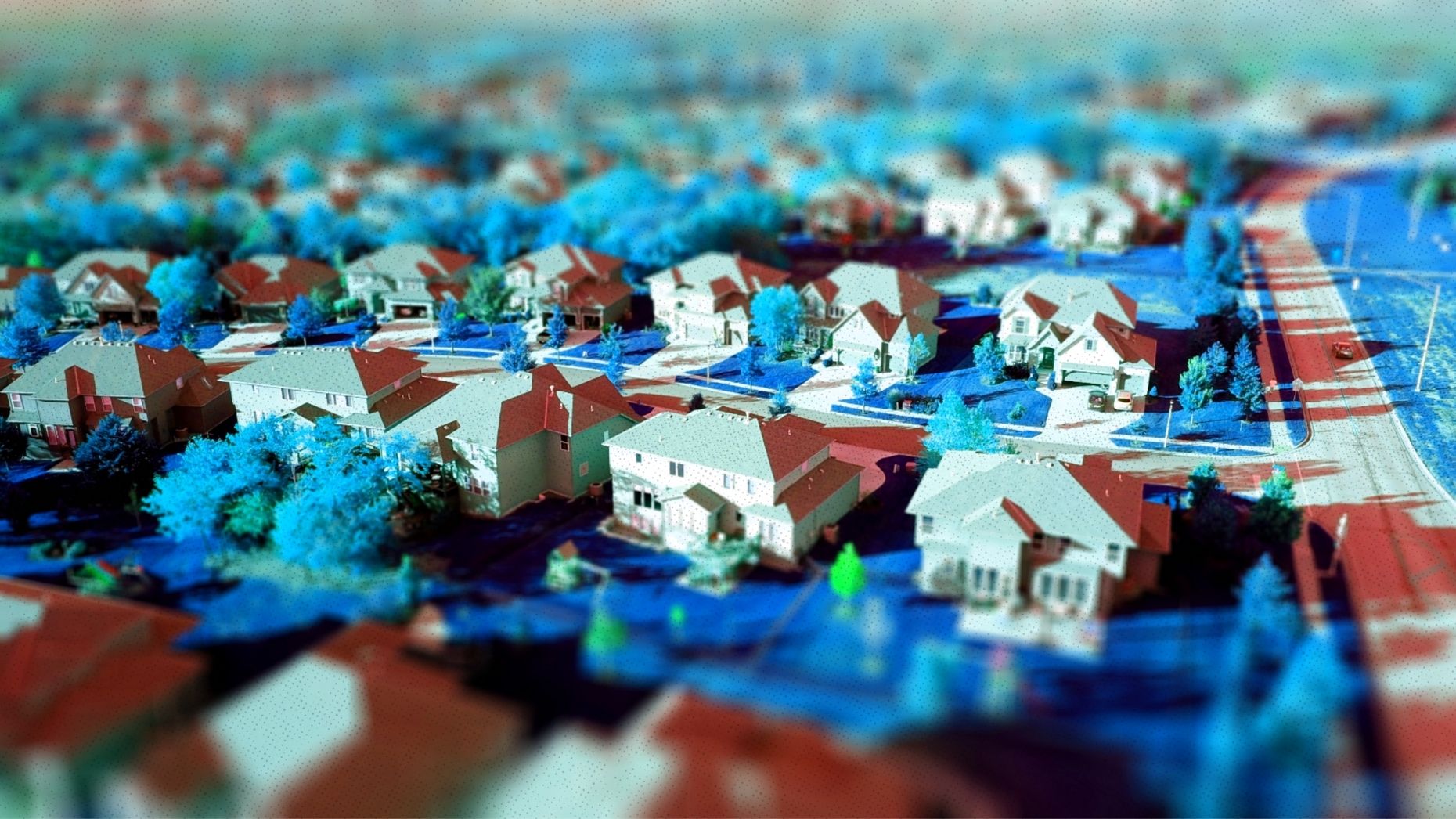 One of the hottest topics at Inman Connect in January was how to cope with the low-inventory market. Jeff Lobb and Stacie Staub discussed three strategies for finding listings in a low-inventory market. Here are 12 additional ways to proactively persuade potential sellers to put their properties on the market now. Read the story here.

About the Author: Inman

Homes That Sold for Around $1.4 Million